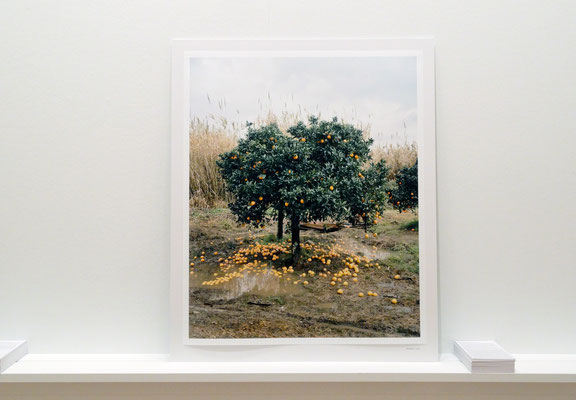 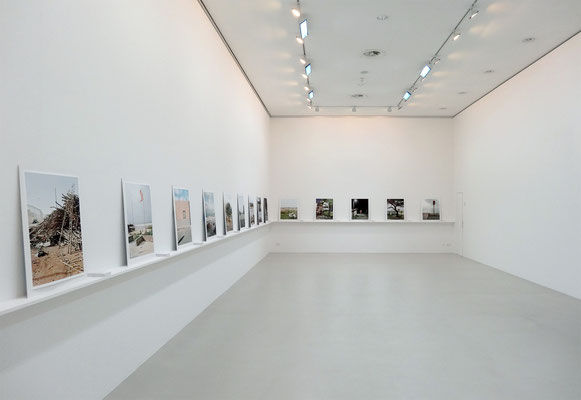 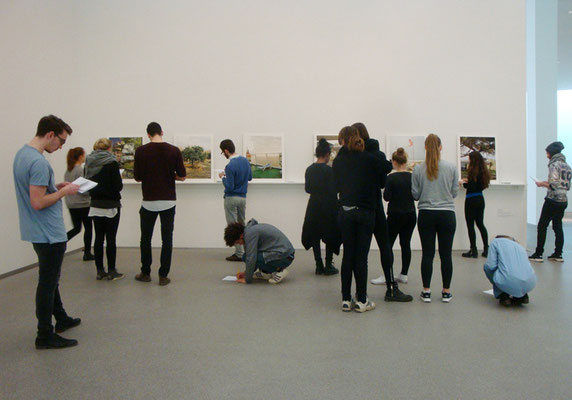 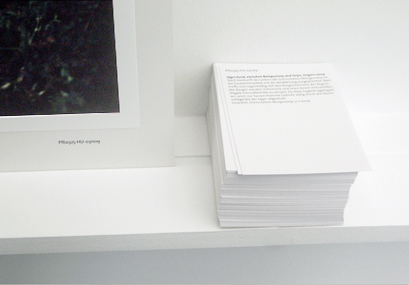 Work from the ongoing archive, since 2006

In Postcards from Europe Eva Leitolf examines the ways Europe, and specifically the European Union, deals with its external borders and the associated internal conflicts, by bringing together images of places with carefully researched texts about past migration-related events at those places. Since 2006 the artist has undertaken long field trips to the most affected border regions in Spain and the Spanish exclaves of Melilla and Ceuta in Morocco, Hungary, southern Italy, and Greece, as well as to the English Channel ports of Calais and Dover. The project is not limited to the borders themselves: she is currently working on sites in Germany and Austria.

Postcards from Europe focuses not on the suffering of those involved, which has already been widely documented, but on the ways the European Community relates to that suffering, administers undocumented migrants, and works to tighten control of its external borders. The text postcards that accompany each image draw on many different sources. Media reports, police files and press releases usually constitute the starting point for Eva Leitolf’s research and shape her fieldwork itineraries. While travelling she keeps a journal, and on site she speaks with people connected to the events: migrants, refugees, seasonal workers, activists, trade unionists, local politicians, border guards. Later, these collected voices and sources come together to form the basis of the postcard texts.

For exhibition the archival pigment prints are mounted on boards and placed on a long shelving ledge. The texts are printed on postcards that are placed in stacks beside the images. Viewers are implicitly permitted to pick up the postcards. As well as addressing the phenomenon of migration, the interplay of image and text in Postcards from Europe explores aspects of perception, representation and the processes of formation of meaning.

The project is conceived as an ongoing, open-ended archive. A first selection of works was published in 2013 as a slipcase containing 20 plates (with text on reverse) under the title Postcards from Europe 03/13. Selected works from Postcards from Europe have been exhibited at Frankfurter Kunstverein (2012), Sprengel Museum Hannover (2013), Martin-Gropius-Bau in Berlin (2013), The National Gallery of Kosovo in Pristina (2013), Kehrer Berlin Gallery (2014), Espace Quai1 in Vevey (2015), Hamburger Kunsthalle (2015), Kunst Haus Wien (2015), Architekturzentrum in Vienna (2016), Studiengalerie 1.367 of Goethe Universität in Frankfurt (2016), Minshar College in Tel Aviv (2016), Pinakothek der Moderne in Munich (2017), Kunstraum Niederösterreich in Vienna (2017), DePaul Art Museum, University of Chicago (2020), A. Alfred Taubman Gallery, University of Michigan Museum of Art, and The Harn Museum of Art at the University of Florida (2020).