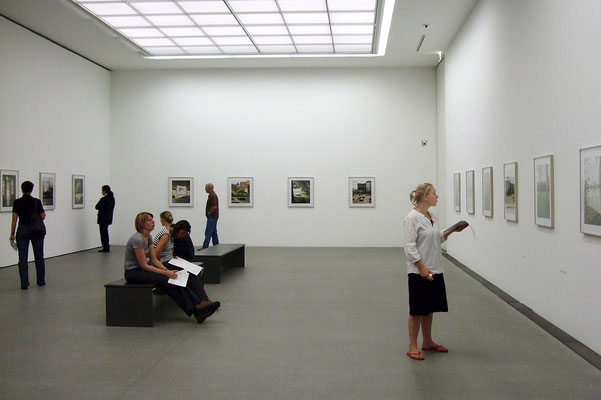 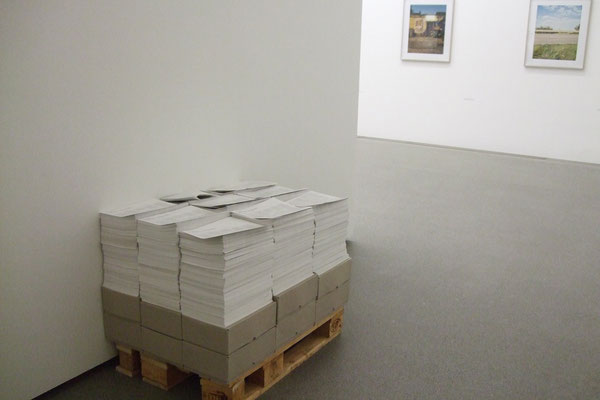 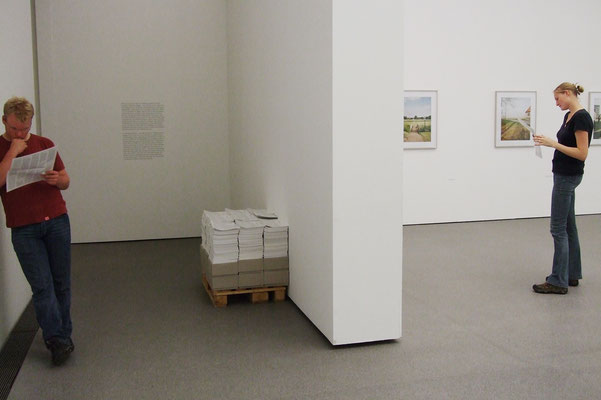 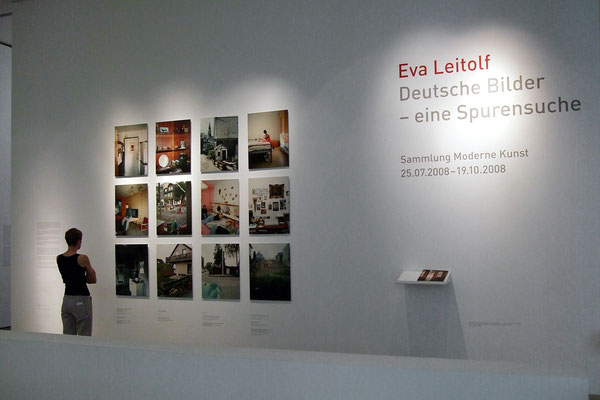 In Deutsche Bilder  – Eine Spurensuche (German Images  – Looking for Evidence) Eva Leitolf turns her attention to racist crimes in Germany and the ways they are discussed in society. In the early 1990s she photographed crime scenes, victims and perpetrators, and uninvolved bystanders. Returning to the theme in 2006, she reduced the visual content to the places where the crimes had been commited, combined her images with meticulously researched texts about the events themselves and the way they were dealt with afterwards politically, by the courts and in the media.

A volume of photographs bearing the same title was published by Snoeck/Cologne to coincide with the solo exhibition at the Pinakothek der Moderne in 2008. Selected works from German Images have been exhibited at Deichtorhallen in Hamburg (1996), Rencontres Internationales de la Photographie in Arles (1997), SK-Stiftung in Cologne (2000), Mildred Lane Kemper Art Museum in St. Louis (2007), Stiftung Opelvillen in Rüsselsheim (2007),  Photo Phnom Penh (2009), Columbia University in New York (2011), University of Florida in Gainsville (2010),  Pasqu’Art Photoforum in Biel (2010), Fotomuseum Rotterdam (2011) and f/stop-festival in Leipzig (2016).

Exhibition views, Here we are today. A View of the World in Photography & Video Art, Bucerius Kunst Forum, Hamburg 2019